Skip to content
Gran Paradiso is the only 4000 completely Italian, located in the heart of the national park in Valle d'aosta and Piedmont. It is classed as an easy Alpine exit so it is one of the first releases for beginners, however it is always nice to go back. From Valsavarenche can be reached in the day or overnight at the huts Chabod or Vittorio Emanuele.

For the more experienced mountaineers there are other more demanding access routes: from the Valnontey there are routes that go up the Tribulation Glacier and from the Chabod hut can be reached either through the whole or in part the North ridge or climbing up the steep wall North.

In 2007 I had made a course of mountaineering with the CAI of Aosta that provided for the great paradise as final exit, but then had been replaced by the Pollux and finally the Black Rock and then I had a dream in the drawer. When in 2011 I found it in the program of the Alpine exits of the CAI of Verres, I took the opportunity on the fly. The Tour unfortunately left me a little bitter in the mouth because during the descent it had first snowed and then rained to pouring up to the car. Last year 2017 brought me a friend and of course I immediately accepted. At Gran Paradiso are followed other 4000 and then in August we made the white and also on the white we found fog and wind. Wanting to come back this year, we start training again.

It's the 10th of June, the day is gorgeous. Parked the car in Pont di Valsavarenche, welcomes us a fox but unfortunately we have nothing to feed her. Take the farm along the Savara stream and then the path 1 that rises in the forest with a thousand turns and then continues on the steep slope still partially covered by the nevai between Stones and lean Alpine prairie. The splendid view of the Monciair, of the Ciarforon and more on the Tresenta accompany us to our right until the Rifugio Vittorio Emanuele. 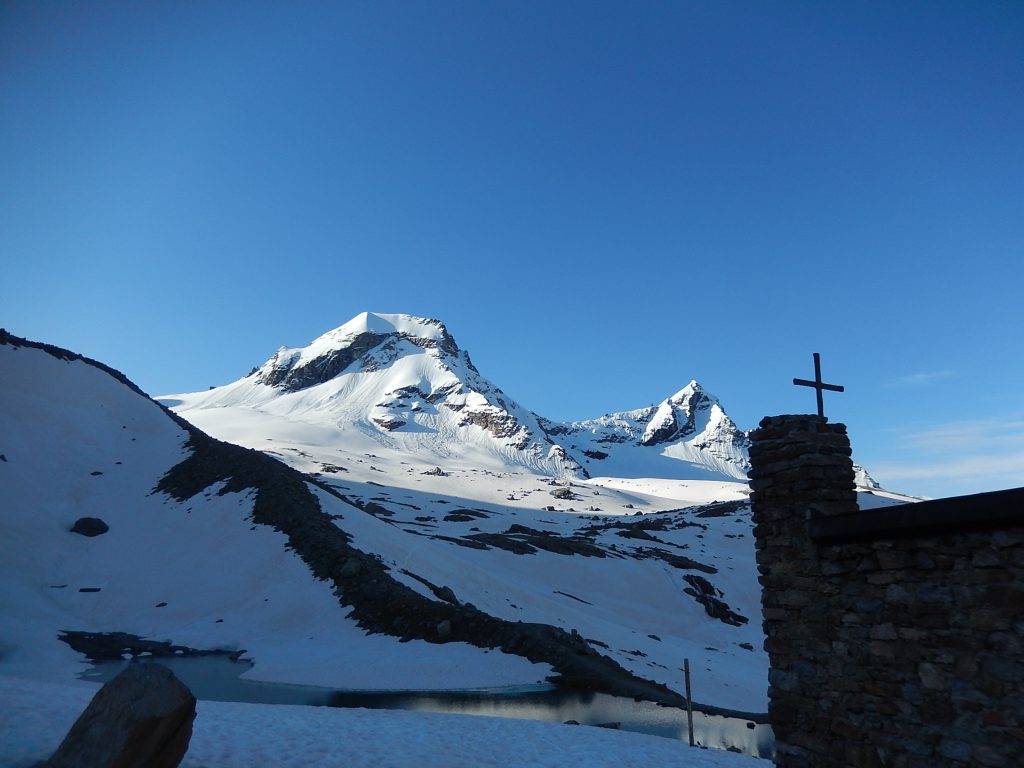 Short break to sling and put the crampons and we enter the snowfield that covers the Pietraia and that more on will become glacier. The slope increases, the pace slows, we proceed in the direction of the sun; We climb on the side in the shade to reach a plateau; Climbing again some bumps, we arrive at the back of Donkey, point of Union with the trace that rises from the hut Chabod, near the Becca of Moncorvé. The weather is changing, the sky is clouding, the fog rises. We meet other cordates that descend and some ski mountaineers. Steep stretches alternated with the other less tiring make a wide curve to the left and with a last effort we traverse eastwards the slope that passing to the base of the summit of the Roc, submits the terminal bergshrund. The track is signalled by some flags of the Grand Paradise Park. 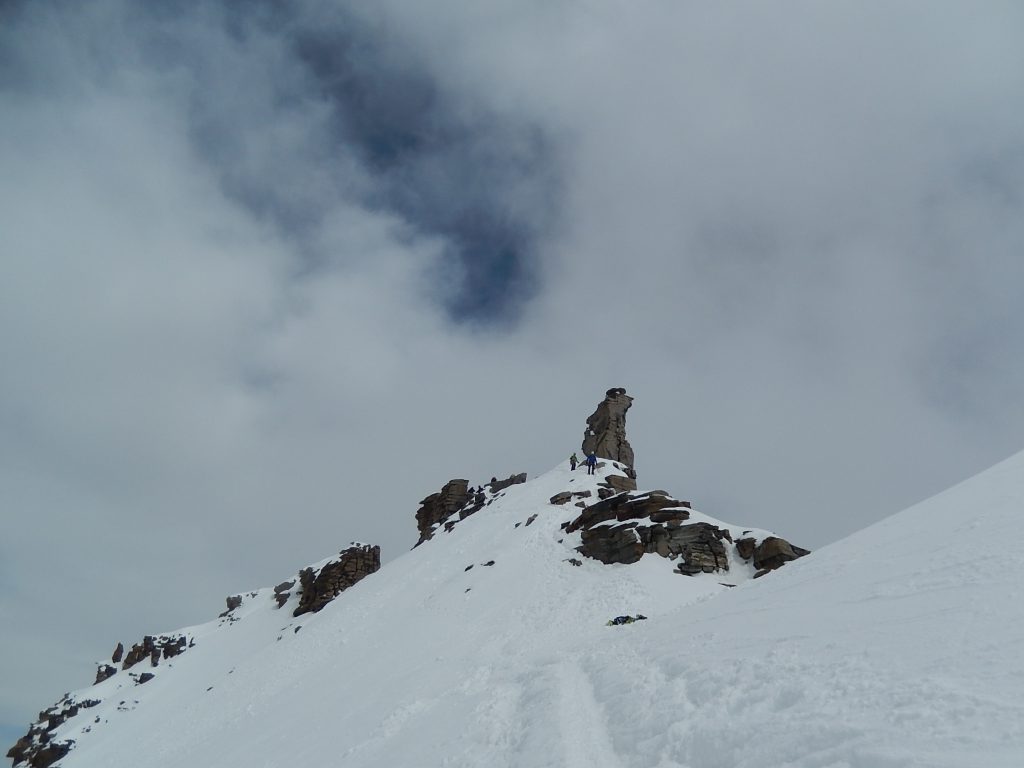 A short ridge on the glacier and Roccette lead us to 20 meters from the Madonnina. Now we should navigate on a ledge exposed to arrive at a carving and climbing over a boulder we would arrive at the statue but, after waiting for our turn taking some photos and admiring the landscape, we decide to give up, this is just a trip to Training. Greetings and thanks to the Madonna and then we begin to descend to the valley. 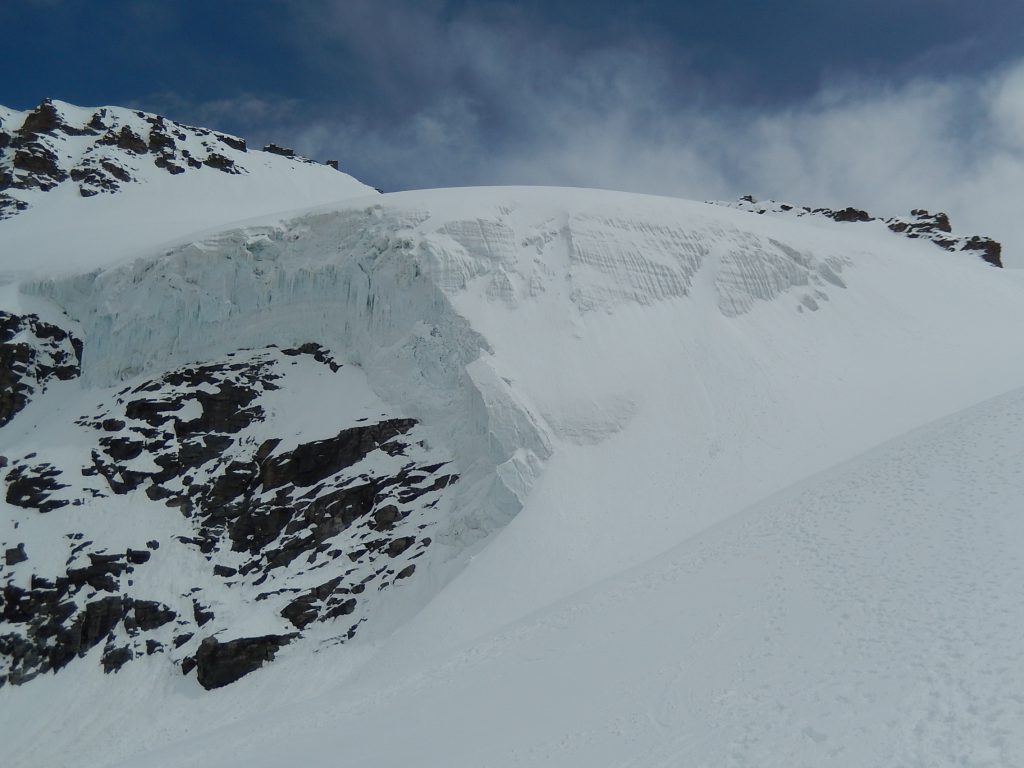 We return the week after and this time the day is wonderful: The blue of the clear sky, the dazzling white of the glacier, excellent visibility at 360 °. 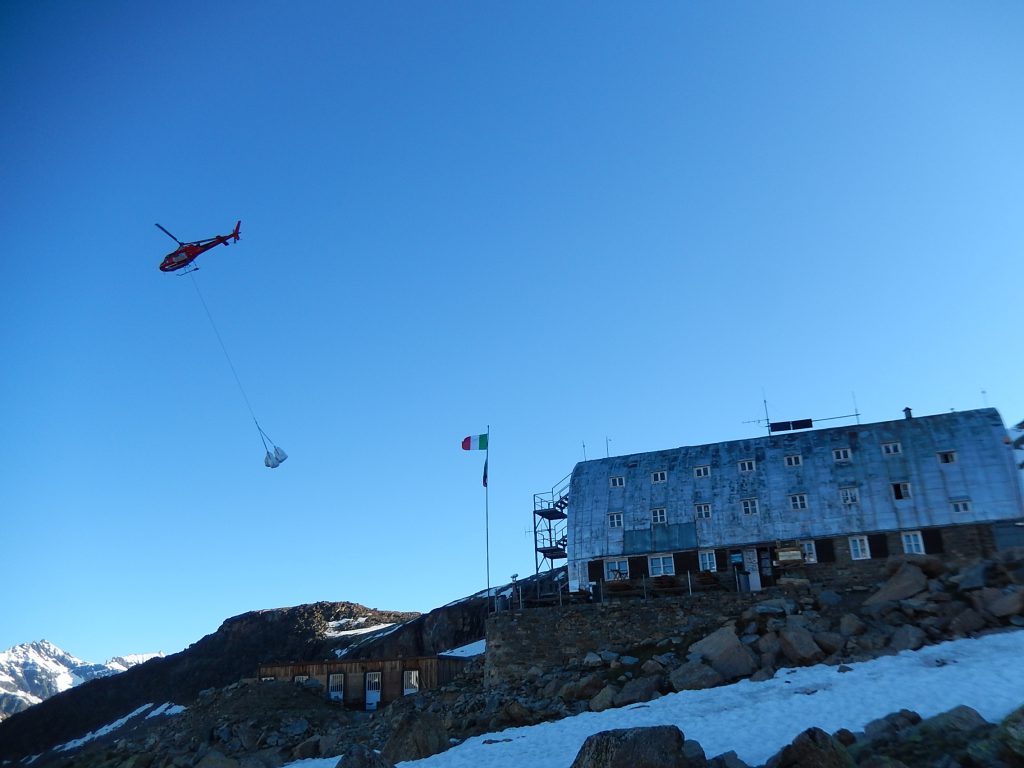 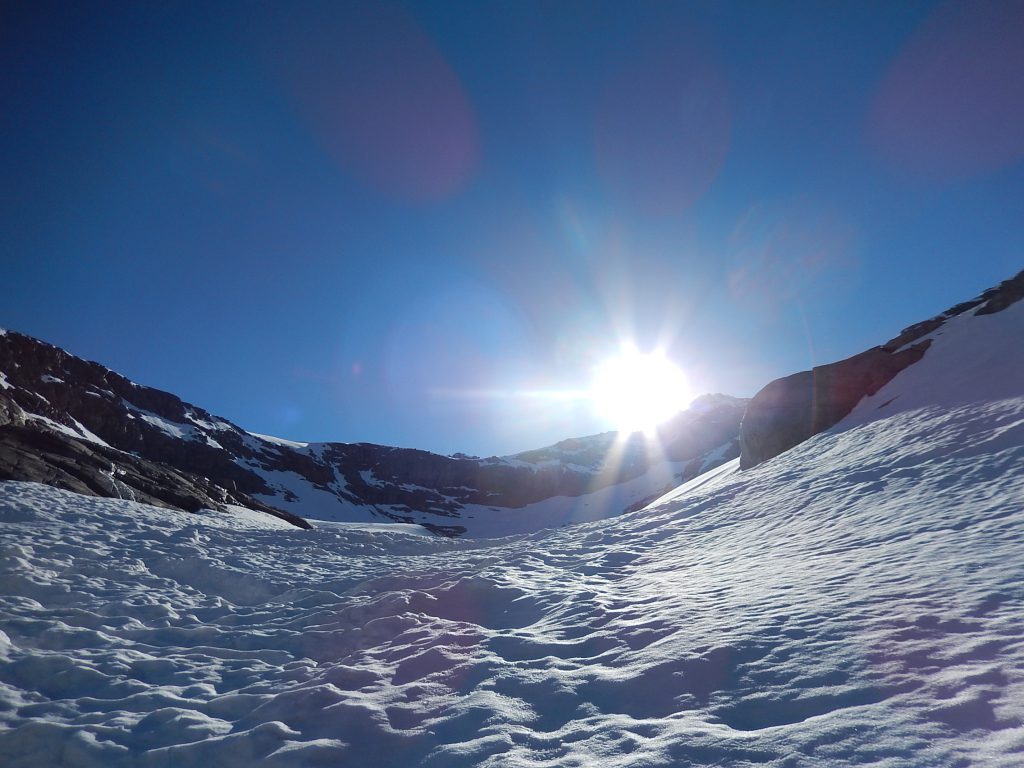 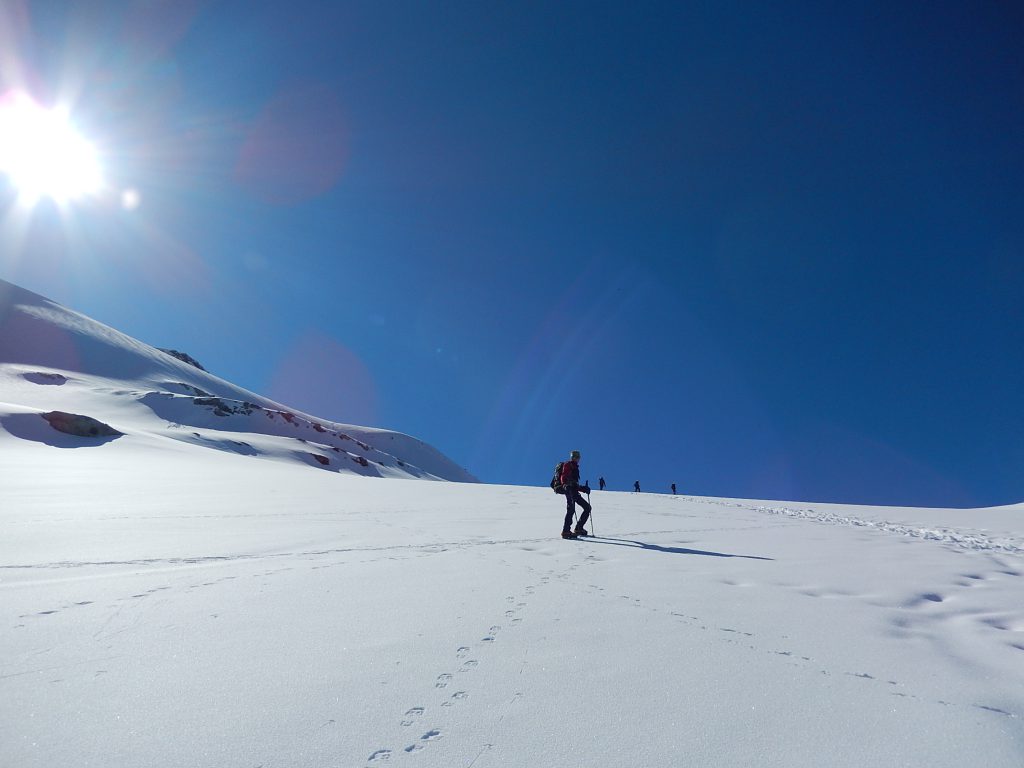 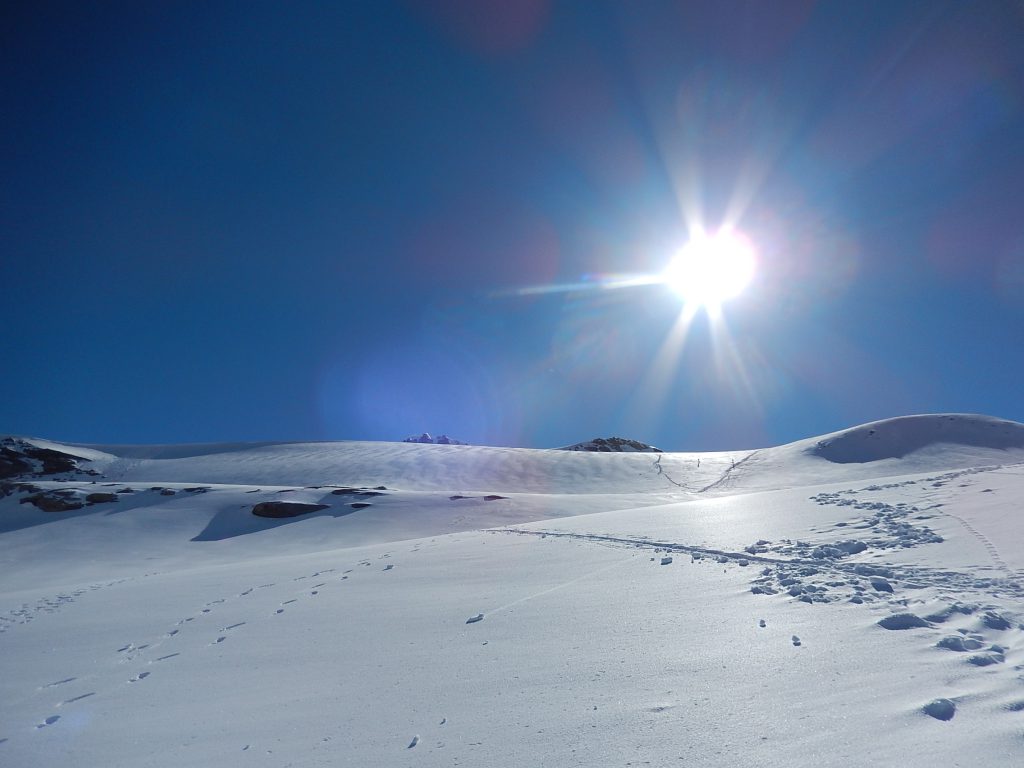 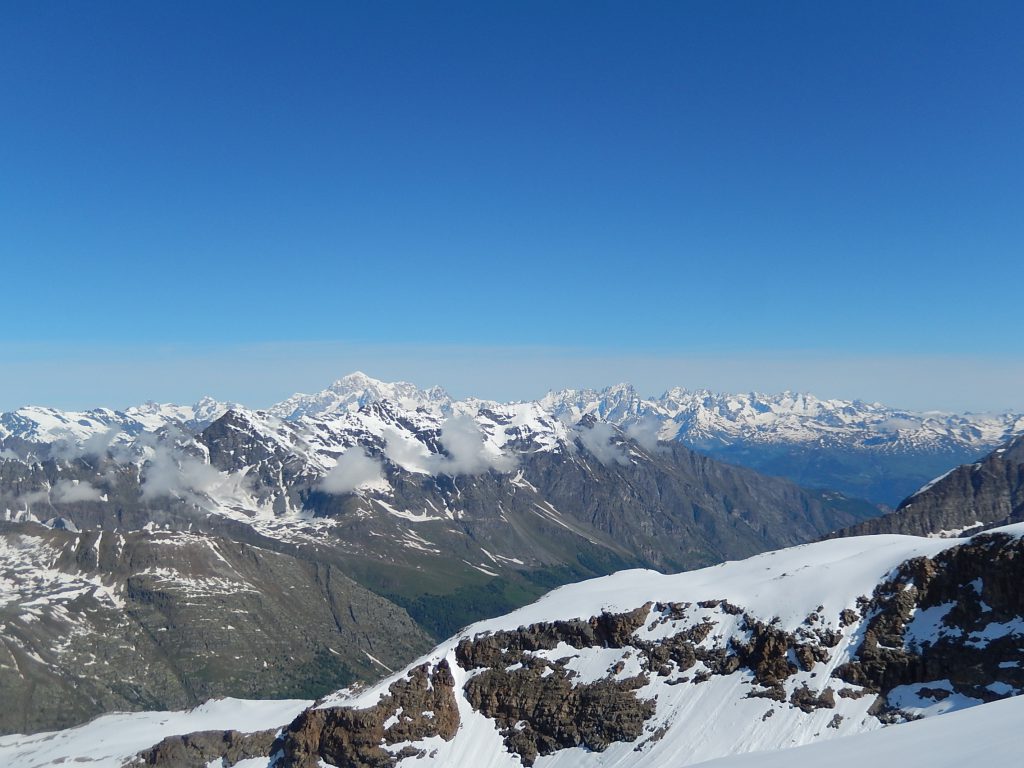 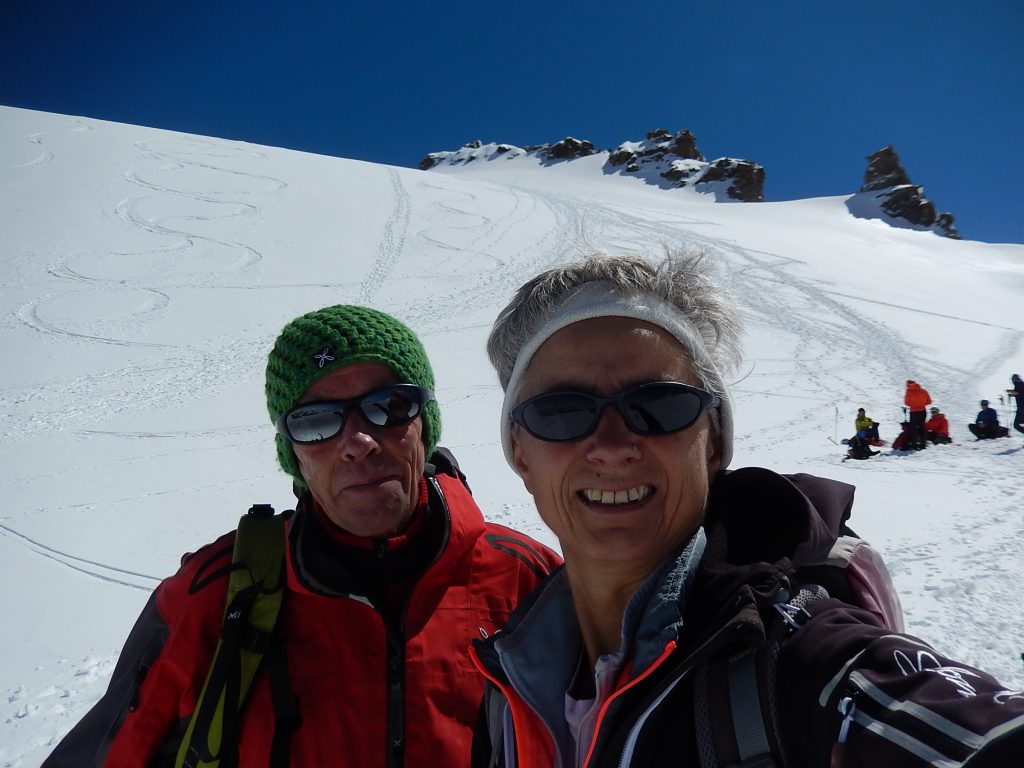 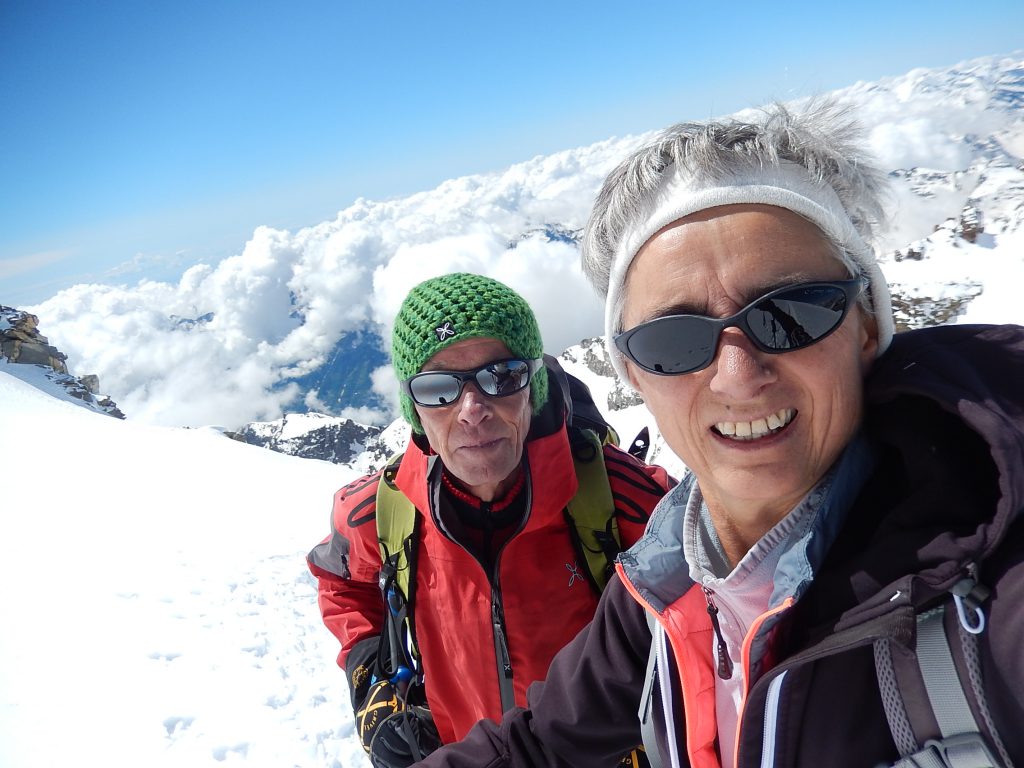 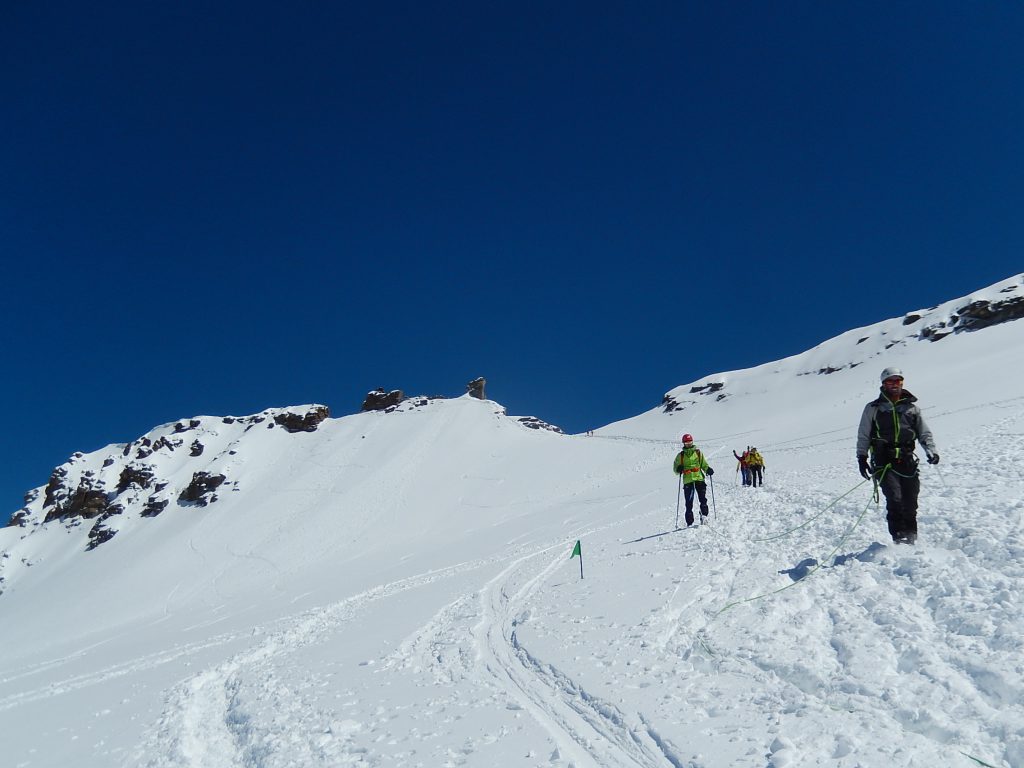 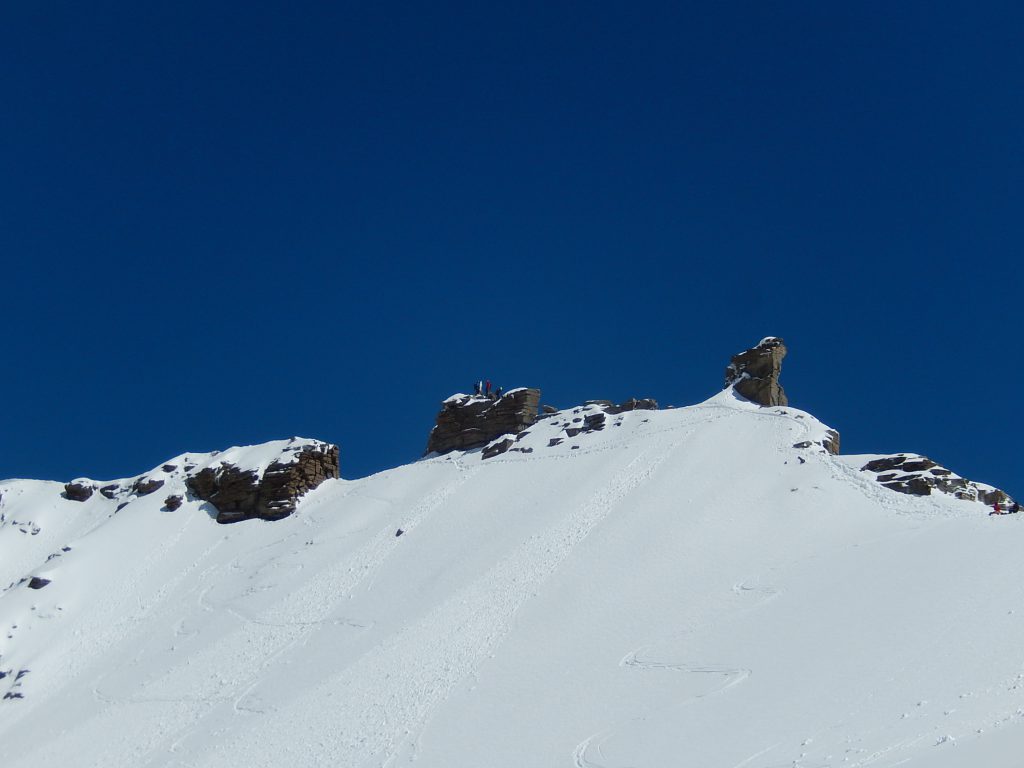 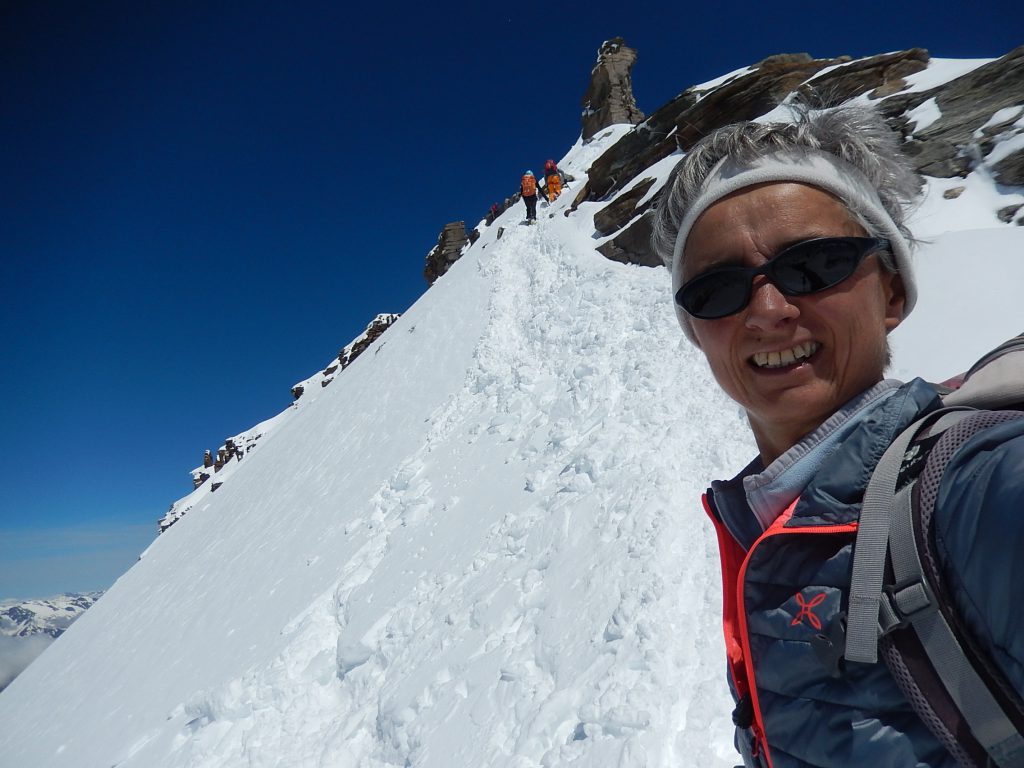 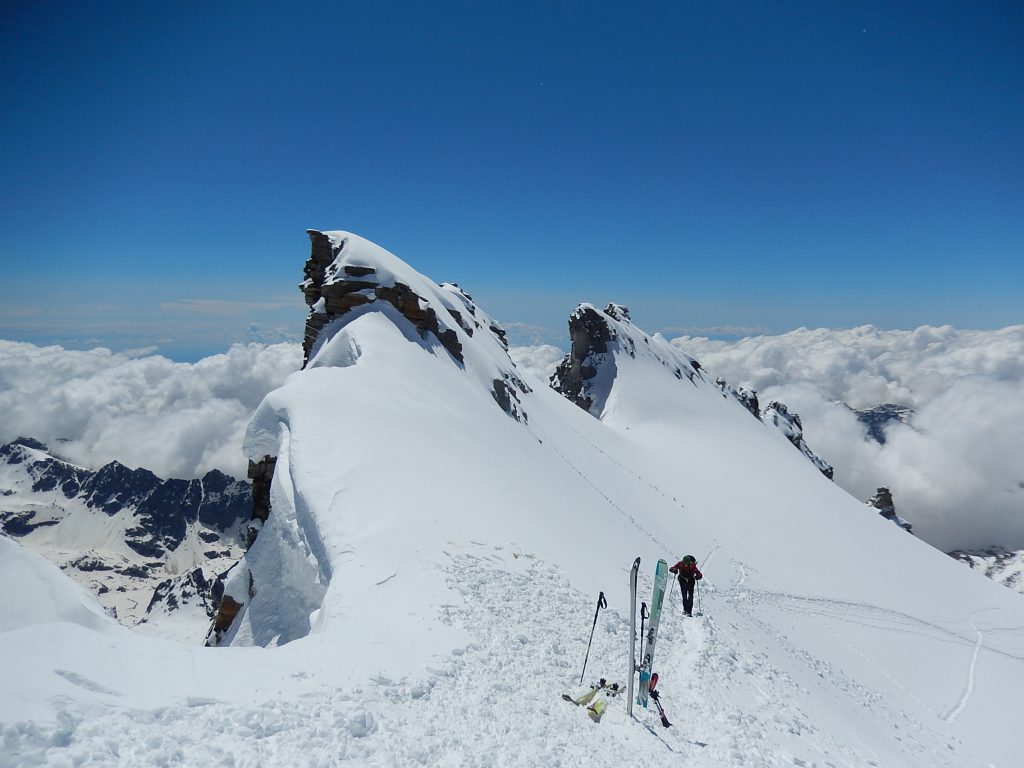